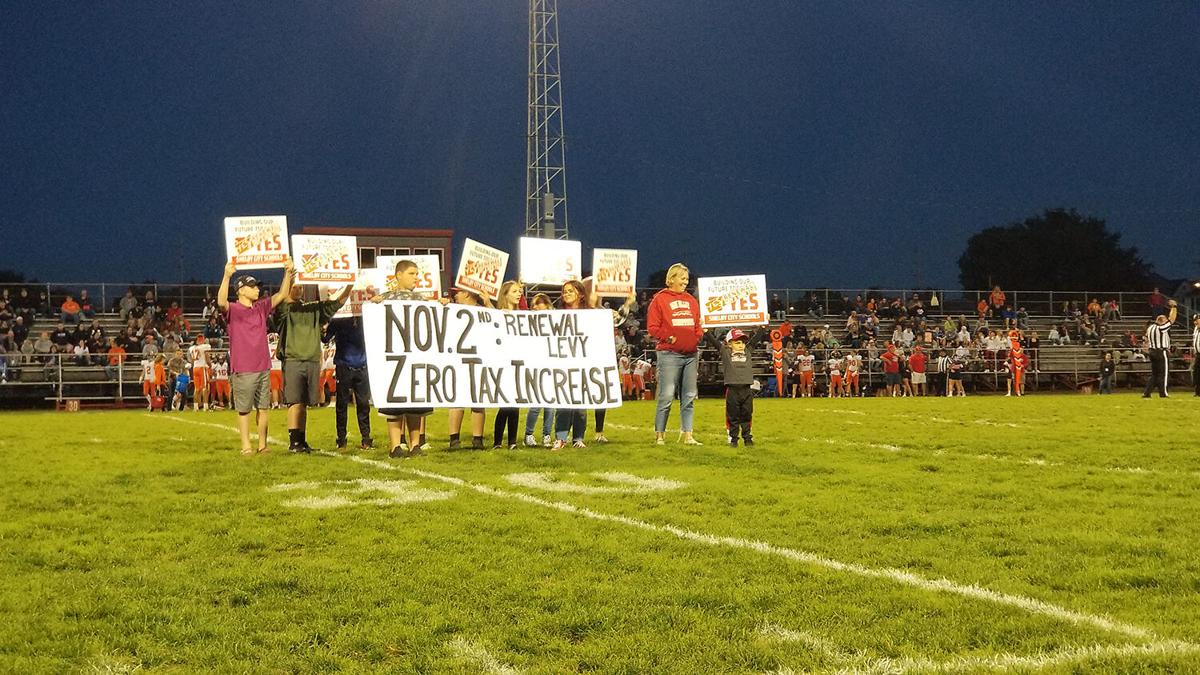 A group of mostly Shelby Middle School students is shown recently at Skiles Field where they displayed their support for the renewal levy that is on the Nov. 2 ballot. 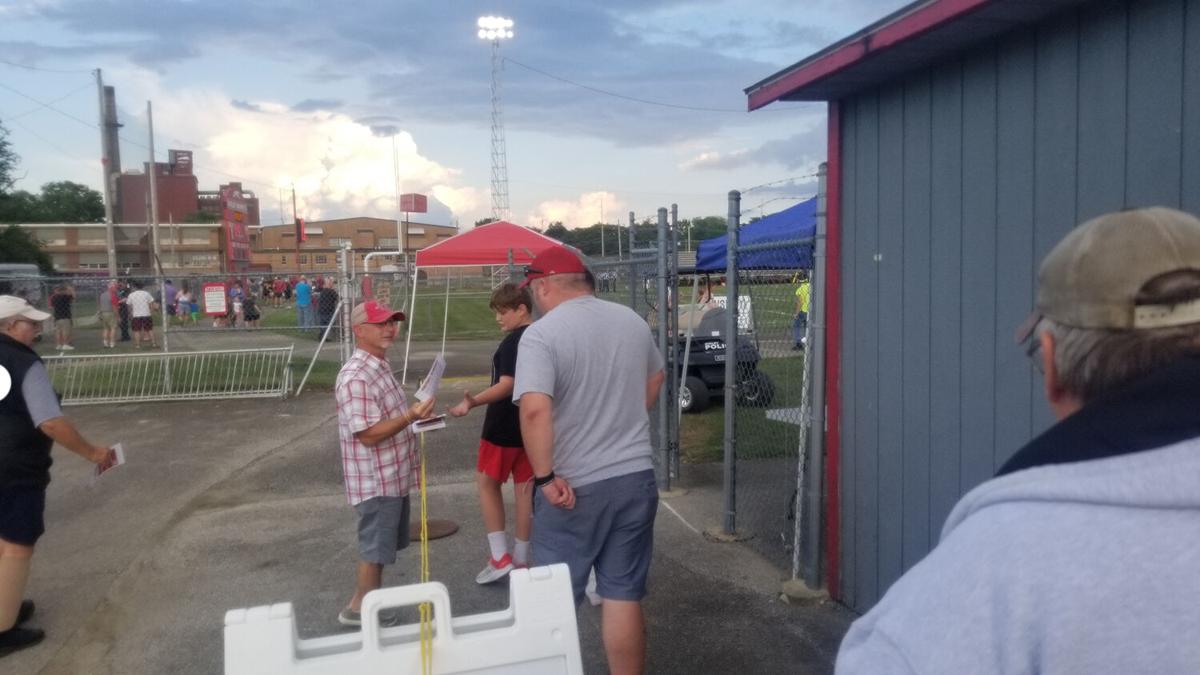 Shelby schools Superintendent Tim Tarvin greets fans outside of Skiles Field earlier this season. He presented a flyer with the Shelby Whippets football season schedule and information about the school district's upcoming school levy renewal.
1 of 2

A group of mostly Shelby Middle School students is shown recently at Skiles Field where they displayed their support for the renewal levy that is on the Nov. 2 ballot.

SHELBY -- Shelby City Schools are headed to the election ballot on Nov. 2 with a levy renewal.

It involves the renewal of a five-year levy that initially was passed as an emergency 34 years ago. The current levy renewal involves 3 mills.

“On Nov. 2, you will see a zero tax increase emergency renewal levy on the ballot that represents approximately 5% of the district's yearly operating budget,” she said.

“Passage of this renewal levy would provide a stable funding source for our day-to-day operations, which include teachers, utilities, busing and supplies,” Mrs. Lykins said in her video remarks.
“In Shelby, we believe in making sound financial choices and providing an excellent educational experience at a good value,” Mrs. Lykins said.

“This levy would allow us to effectively plan for the future and buffer against costs that are out of our control,” she stated. “Failure of this renewal levy would place the district closer to a financial funding cliff in the future.”

Mrs. Lykins noted that “it is important to note” that Shelby schools are not using the renewal funds for the new pre-kindergarten-through-eighth-grade school under construction or for the future $4 million Shelby Whippets athletic complex.

“The district is allocating the Rover Pipeline tax payments to these construction projects,” she said.

Shelby Schools Superintendent Tim Tarvin issued a video message, too, which was available on the district's Facebook page and Twitter.
"On November 2, the Shelby City Schools is on the ballot for an emergency renewal levy that was first passed in 1987," he said. "This ballot issue is on the ballot every five years. It raises $950,000 for our district each year."
In his video message, Tarvin said he wants to emphasize that none of this money is going to any of the construction projects underway, specifically the new school and the Whippet athletic complex.
"If we never had any of those construction projects, we would still be on the ballot on November 2 for this emergency renewal levy," he said.
Tarvin called the levy renewal "a zero tax increase for the community of Shelby."
Tarvin also noted what the Shelby schools provide.
"The Shelby City Schools have a vast array of opportunities for our kids and academics, athletics and performing arts, and we continue to build upon that every year," he said.
Tarvin provided extensive remarks when the school board on June 21 moved forward on the renewal measure.
"It's not a new tax," he said. "It's not an increase in taxes. It's a renewal of a tax that people in Shelby have been paying since 1987."

The renewal levy, Tarvin said, keeps Shelby schools "well away" from a "financial cliff" that would involve going on the election ballot "for what everybody knows as new money."

The renewal levy money "is an integral part of our operating budget on a daily and yearly basis," Tarvin emphasized in other comments.

When the school board on June 21 adopted a resolution declaring its intent to move forward with renewal, Tarvin also emphasized that the renewal levy provides funds for school district operations and has "nothing to do with" the pre-kindergarten through eighth-grade school that's being built or the Whippets athletic facility that is to open in 2023.

"Not one penny of this tax levy, this renewal levy goes toward either one of those projects nor will it," Tarvin said.