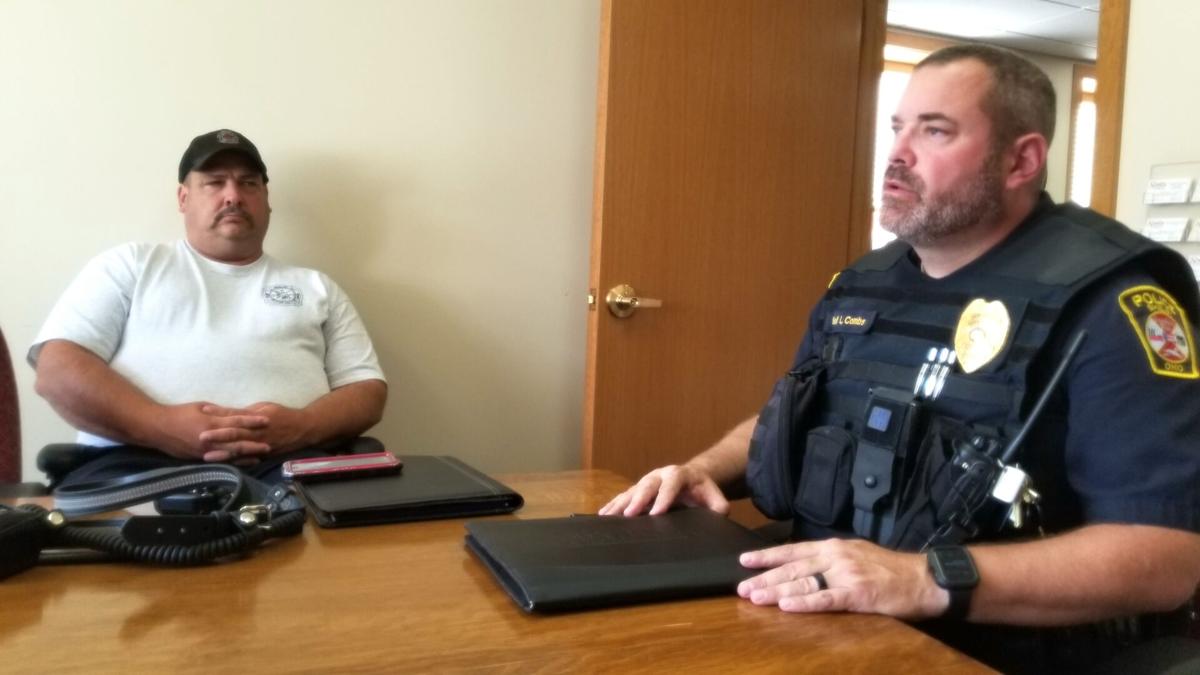 SHELBY — The leaders of Shelby’s first-responders provided updates to City Council’s Safety Committee on Oct. 6, detailing efforts on a variety of fronts from hiring to technology.

The hiring efforts include new police officers.
“We have one slated to start the 24th,” Shelby Police Chief Lance Combs told the committee. “And then we have three more (officers) in the pipeline.”
Later in discussing current staffing, Combs said: “We have one officer still out with COVID complications.”
The officer’s return date has been moved from Sept. 30 to Nov. 1. “Everybody else who has had COVID has recovered and is back to work,” Combs told the committee.
Chief Combs also provided an update on the Shelby City Jail.
Beginning early in the pandemic, COVID had affected operations at the jail as officials tried to prevent potential spread of the virus.
A Shelby jail backlog resulted from the coronavirus pandemic, which had prompted jail-sentence commitments to be delayed for six months due to COVID-related protocols, the committee was told in August.
Now, technology upgrades are being eyed involving people visiting prisoners there. “We haven’t used the visitation system in well over a year, and as we begin to start using it, we’re finding that it’s failing,” Combs said.
Combs told the committee: “We are going to have to upgrade because we have to have visitation. We can’t not have visitation, and I don’t want to begin to have to shut the jail down -- when we are just starting to open it back up -- because we don’t have the technology of providing visitation. So it’s a problem.”
After the meeting, Combs noted that due to security concerns, face-to-face visitation already is not allowed at the Shelby City Jail. The only exceptions are attorney-client and clergy visits.
“Person-to-person visits we have not done since the flood of 2007,” Combs said. “Most places do not do in-person visitation anymore for the same security concerns. So we have a video monitoring station set up in a room inside the lobby.”
As for potential upgrades, the department, he told the committee earlier, is being directed to a system that allows remote visitations via computer technology, including smartphones and apps.
“I’m not opposed to it, I think it’s a great idea. However, not everybody has a cellphone,” Combs said, adding in the interview that the same goes for tablet computers and internet connections.
“In my view, it’s unfair to people who don’t have the means to do that to not be able to visit if they live locally,” he told the Daily Globe. “A lot of those people also don’t have a car. But they can walk or get a ride to the jail to do a visit. I don’t want to exclude people just because it’s convenient for people who can afford it.”
That includes allowing homeless people to visit jail inmates.
“They have the right to do that,” Combs said. “I don’t want to take that ability away from them.”
Chief Combs advocates for remote jail visitation and on-site visitation using video monitoring technology.
“So that I could take my cell phone and login and do a video visit, and if somebody doesn’t have a phone, they could come and do a video visit at the police station,” he said. “We can call it remote and remote on-site.”
"I feel we need at least one visitation station at the PD," Combs said.
As of Oct. 6, no inmates were in the Shelby City Jail.
“We don’t have anybody in the jail right now so it’s not a problem,” he said. “That’s why we need to try to hurry up and address it so we can get it fixed…But if somebody wanted to have visitation, that poses a problem if the technology doesn’t work.”
Earlier in a separate matter, Combs had told the committee that the process has started for the Police Department’s dispatch technology upgrade. This involves an overall radio upgrade that would include MARCS (Multi-Agency Radio Communications System).
Earlier in the meeting, Shelby Fire Chief Mike Thompson told the Safety Committee that his department is in the process of having one new hire, full-time, pending passage of physicals, background checks and other items.
Thompson also noted his department’s outreach efforts.
“We are in schools right now doing fire safety,” he said. “(Firefighter) Zack Gwirtz is doing that, hitting all of the schools in our fire district.”
Also this month, locals also will see firefighters doing drivers’ training. “You’ll be seeing the fire trucks out quite a bit as part of our required training to do driving (and) an obstacle course,” Thompson said.
Overall, this remains an “extremely busy” time for the Shelby Fire Department. “It seems like we’re probably going to break a record for runs again this year,” Thompson said in his remarks.
Thompson also noted a civil service topic.
“We’re having some discussions back and forth about possibly changing some of the requirements to take the test to be a full-time firefighter at Shelby Fire just to try and get more applicants in," Chief Thompson said.