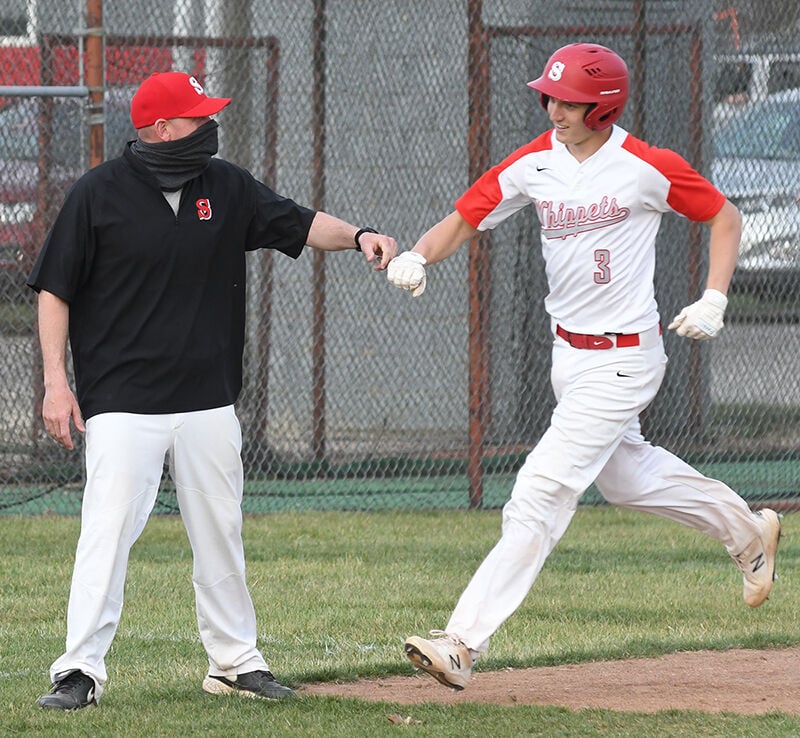 Marshall Shepherd exchanges a fist bump with Shelby coach Jon Amicone after blasting a two-run, walk-off homer in the bottom of the fifth inning in the Whippets' 13-3 win against Marion Pleasant. 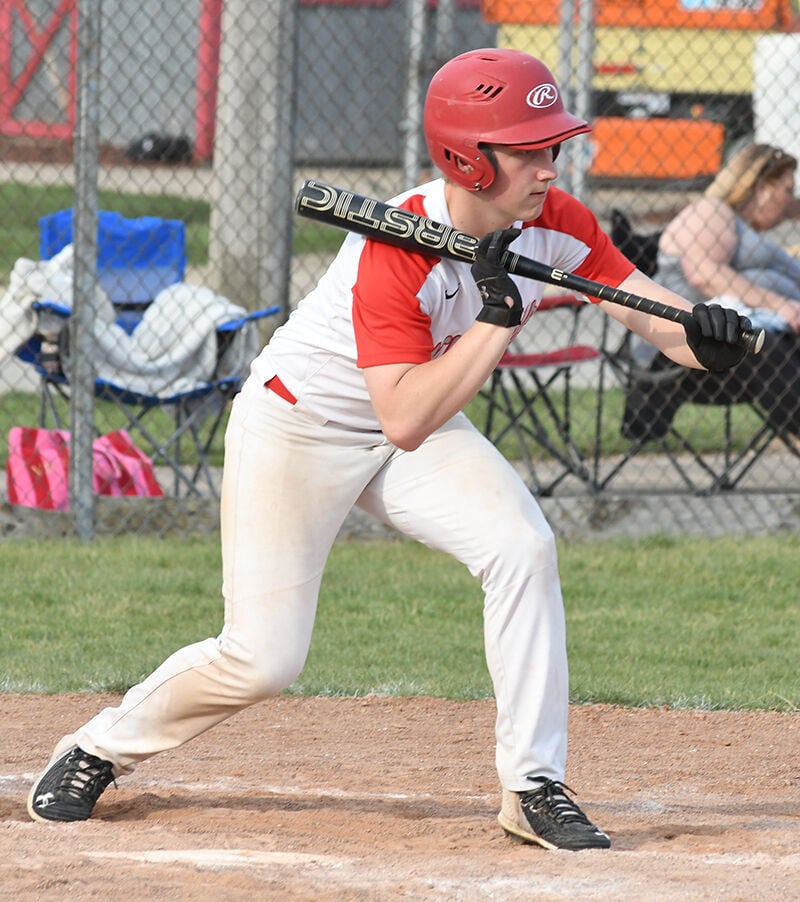 Marshall Shepherd exchanges a fist bump with Shelby coach Jon Amicone after blasting a two-run, walk-off homer in the bottom of the fifth inning in the Whippets' 13-3 win against Marion Pleasant.

Marshall Shepherd hammered a two-run homer over the left field fence and Shelby walked off the baseball diamond in the bottom of the fifth inning with a 13-3 Mid Ohio Athletic Conference victory against Marion Pleasant Wednesday.

A day earlier the Whippets outdueled the Spartans 14-7.

The red and gray evened their MOAC ledger at 2-2 and stand at 5-2 overall.

Logan Green went the distance for SHS and limited the visitors to three hits while striking out 10 and walking none. The three runs off him were all unearned. He also helped his cause at the plate by going 3-for-3.

Marek Albert and Shepherd each had two hits. Luke Shepherd doubled in the win. Blaine Bowman, Jeremy Holloway, Nathan Zehner and Alex Bruskotter all had a hit.

Green struck out the side to begin the contest and Shelby came to bat and racked up four runs and never trailed. With one out, the red and gray put the next three batters on the bases and Luke Shepherd cleared the sacks with a three-run double.

The Whippets travel to Western Reserve Friday and then host Mansfield Christian Saturday.

For the second straight afternoon the SHS junior varsity run-ruled Marion Pleasant, picking up an 18-5 win to raise their record to 5-2 on the spring.

Casey Lantz topped the JV's with four singles and Garet Sipe added three, including a triple.

Canden Dorsey was the winning pitcher.