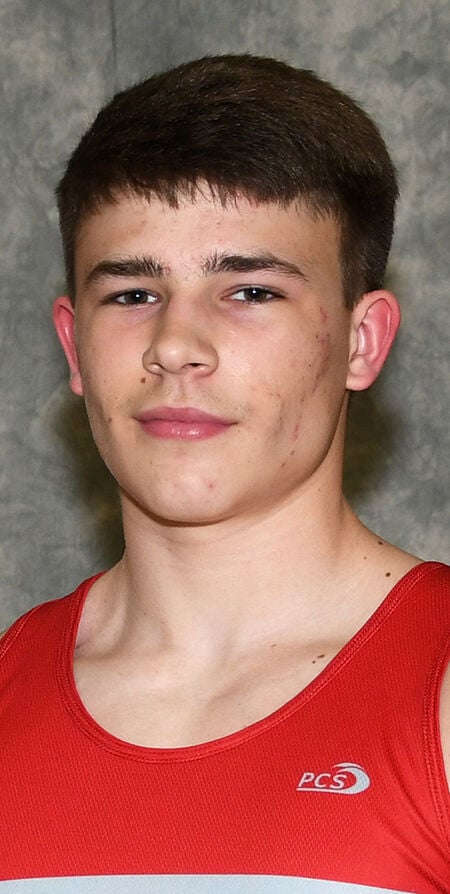 There’s no substitute for hard work and Shelby’s five state track and field qualifiers are proof of that.

“Going to state means for me that all the hard work I have put in this season has really paid off,” said Stine, who will compete in two events this weekend — the high jump and 100-meter low hurdles.

Her teammates would agree their efforts throughout the season have been rewarded.

“To me it means a lot,” summed up Gonzales, who will compete in the 1,600-meter run. “I feel like I’ve worked so hard for this opportunity and have used it as motivation to keep pushing myself . Being able to race against some of the best girls in the state will make it worth it.”

The specialness of reaching state is not lost on Baker, who qualified in the 400-meter dash.

“It’s very special. Not many people get to experience it and I’m excited to run with great competition,” said Baker.

Advancing to state means keeping pace with the rest of the family for Henkel, a long jumper.

“Going to state means a lot to me as it has always been a competition in our family ever since my dad made it to state for long jump in 1998. Then my brother made it in the 4 x 100 (relay) and almost in long jump two years ago. My sister also made it to the middle school state meet for long jump this year. So I had some weight on my shoulders to continue the tradition,” said Henkel.

Finnegan, who will vie in the 3,200 meters, called going to state a huge deal and he’s also curious what the future holds.

“It means a lot. Coach (Zuercher) told me I was the third sophomore at SHS to make it to state. That is a big accomplishment for me and a milestone. I cannot wait to see what the future has to bring for me and my team in the next few years,” said Finnegan.

The five state qualifiers shared some thoughts on what motivated them this season as well as at last week’s regional at Lexington.

“Not having a season last year and being hurt at the end of my freshman season. I wanted to prove to myself that I can do it,” said Baker.

“What pushed me most going to state was all the congratulations and recognition that I received from winning smaller meets and advancing to the state meet from our community. It’s a great feeling to keep going,” said Henkel.

“The feeling of accomplishment you get moving on and pushing yourself to the limit and giving it everything you have and knowing that you did the best you possibly could is what pushed me,” noted Stine.

“What pushed me the most to get to state was mostly my competitiveness and love for running. I wanted to do anything I could to be able to keep the season going as long as possible and achieve lots of goals I had made at the beginning of the season,” said Gonzales.

“I think what pushed me is that I had my whole team looking, cheering and rooting for me. My team and family are the biggest support system and I didn’t want to let them down,” said Finnegan.

Having made it though, is not enough for the state qualifiers.

“I hope to get top two in my heat and make it to Saturday so I can podium. Maybe even get the (school) record while I’m at it,” said Baker.

The podium is also on Henkel’s mind as he said “my main goal for this weekend would be to make it up on the podium and obviously higher on the podium, the better. I’d also like to pop off at least a 22-foot jump,” said Henkel.

“My goal for this weekend is to place in both my events and become All-Ohio in two sports,” said Stine, who was a state level swimmer during the winter.

“My goal for the weekend is just go out and give it everything I have. I would love to get top eight and shave off as much time as possible,” said Gonzales.

“Top eight, All-Ohio is on my mind,” said Finnegan. “I have been wanting it since cross country. If I can accomplish that, it will make my season even better.”