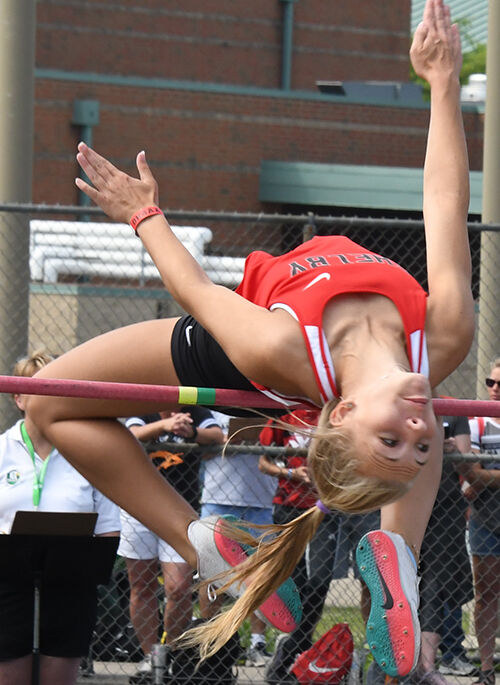 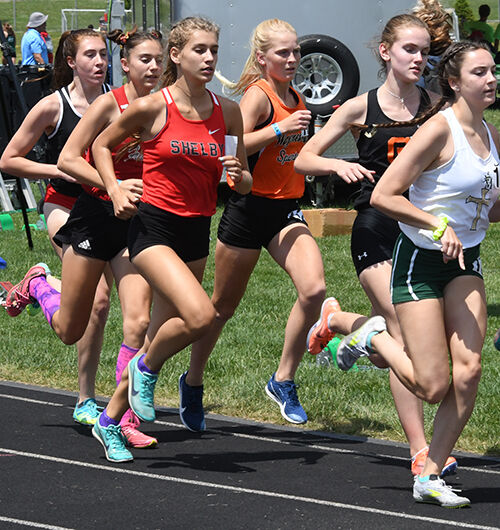 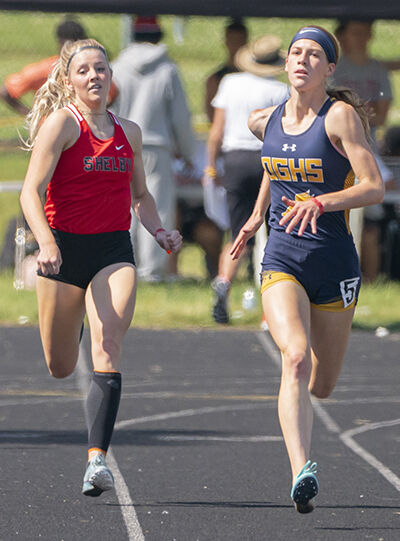 Haylee Baker and her supportive family

Haylee Baker and her supportive family

Editor's note: This is Monday's recap. The first story from Friday's action will follow

PICKERINGTON — Although the results they were vying for fell short, Shelby track and field coach Chris Zuercher feels the experience gained will pay dividends down the road.

Whippets Huck Finnegan, in the boys 3,200 meters, and Kayla Gonzales, in the girls 1,600 meters, still have two opportunities to make return visits to the state track and field meet.

Both sophomores competed during the second and final day of action during a sunny and steamy Saturday afternoon at the Division II level hosted by Pickerington North High School.

Gonzales placed 14th in her race with a 5:27.41 and well behind the blistering pace set by Dayton Oakwood’s 1-2 punch of Grace Hartman and Bella Butler with 4:52.08 and 4:55.63, respectively. They were the only runners in the race to post sub five-minute times.

Along with juniors Haylee Baker and Connor Henkel, who competed during Friday’s first day at state and did not reach the podium, they’ll all have the opportunity to make a return visit to state.

Baker, who battled in the 400 dash, had the 10th-fastest time of 58.84 during the preliminaries. Reagan Campbell of Licking Valley led the field with 57.74 and came Saturday and won the 400 final by .03 of a second over Lexi Magoto of Versailles.

“I believe Haylee and Kayla will be back at the state meet. Hopefully, they’ll have more teammates with them. We have a young team and Haylee and Kayla are great role models to our underclassmen,” said SHS girls coach Patience Lewis. “I would have liked to end the season with a bunch of personal bests, but the heat definitely seemed to be a factor in our running events.”

Henkel’s day in the long jump got off to a terrible start during his first practice run when he suffered a knee and ankle injury. Despite the adversity, he finished 15th with a leap of 20-7 3/4. Ryne Shackleford of Keystone was the winner with 22-9 1/2 with a quarter of an inch advantage over runner-up Javontae Fahle of Benjamin Fahle.

“It was a good experience for our guys,” said Zuercher, coach of the boys team. “Both Connor and Huck have hopes of being All-Ohio next year. I think we have a chance to get two or three more events to state next year.”

Senior Kassie Stine completed Friday’s high jump competition with a seventh-place podium finish and also became a two-time All-Ohioan in two sports — track and swimming. She also competed in the 100-meter low hurdles preliminaries and was 13th-fastest with 15.97.

“Kassie was our only podium placer this year in the high jump and first state girl high jumper in school history. I’m really proud of Kassie and her accomplishments,” said Lewis.

Peninsula Woodridge’s fifth-place finish in the boys 4x400 relay was good enough for four critical points and provide the school with the state championship by a 43-42.5 margin over Cleveland Glenville, which won the final race.

Dominance in the distance events propelled Dayton Oakwood to the Division II girls state championship with 53 points. Akron Buchtel was second with 39.

This year’s state meet had a different feel with Ohio State’s Jesse Owens Stadium unavailable due to COVID-19 and each of the three divisions was moved to a high school facility around the Columbus area. Lewis also indicated a difference for her squad.

“This weekend was a different state meet from previous years. Since I have been coaching, we have had a relay team which means a group of girls at the meet in one event. Having three girls in four different events spread them out, which changed the atmosphere. The girls didn’t have a group of teammates to warm up with,” said Lewis.

PICKERINGTON — Senior Kassie Stine got Shelby on the scoreboard Friday during the opening day of competition at the Division II State meet being held at Pickerington North High School.

Stine was a seventh-place finisher in the high jump with a best of 5-foot-3 and provided the Lady Whippets with two points in the team scoring.

Although short of her career-best of 5-foot-5 set late in April, Stine feels she could have done better, but was not disappointed.

“I just haven’t been feeling it like I was at the beginning and middle of the season, but I’m still not mad at how I did today,” said Stine, who will high jump next season at the University of Findlay where her brother Cameron is also competing.

Sydney Koker of Johnstown Northridge won the high jump with a leap of 5-foot-7 and edged out Brooklyn’s Jenna Young with 5-foot-6.

Early in the afternoon, Stine competed in the prelims of the 100-meter low hurdles and failed to make the cut with a clocking of 15.97 which was 13th overall. Akron Buchtel’s Damya Barker posted the time time of 14.76.

Shelby’s Connor Henkel day got off to a rough start in the warm up when he tweaked a knee and an ankle.

Keystone’s Ryne Shackelford won the closely-contested event with a leap of 22-9 1/2 and his winning margin was a mere quarter of a inch over Benjamin Logan’s Davontae Fahle.

SHS junior Haylee Baker battled in the preliminaries of the 400-meter dash and finished with a time of 58.84 and narrowly missed reaching Saturday’s final. Reagan Campbell of Licking Valley had the quickest clocking of 57.74.

Today, Shelby’s Kayla Gonzales will run in the girls 1,600 finals and Huck Finnegan will vie in the boys 3,200 finals.